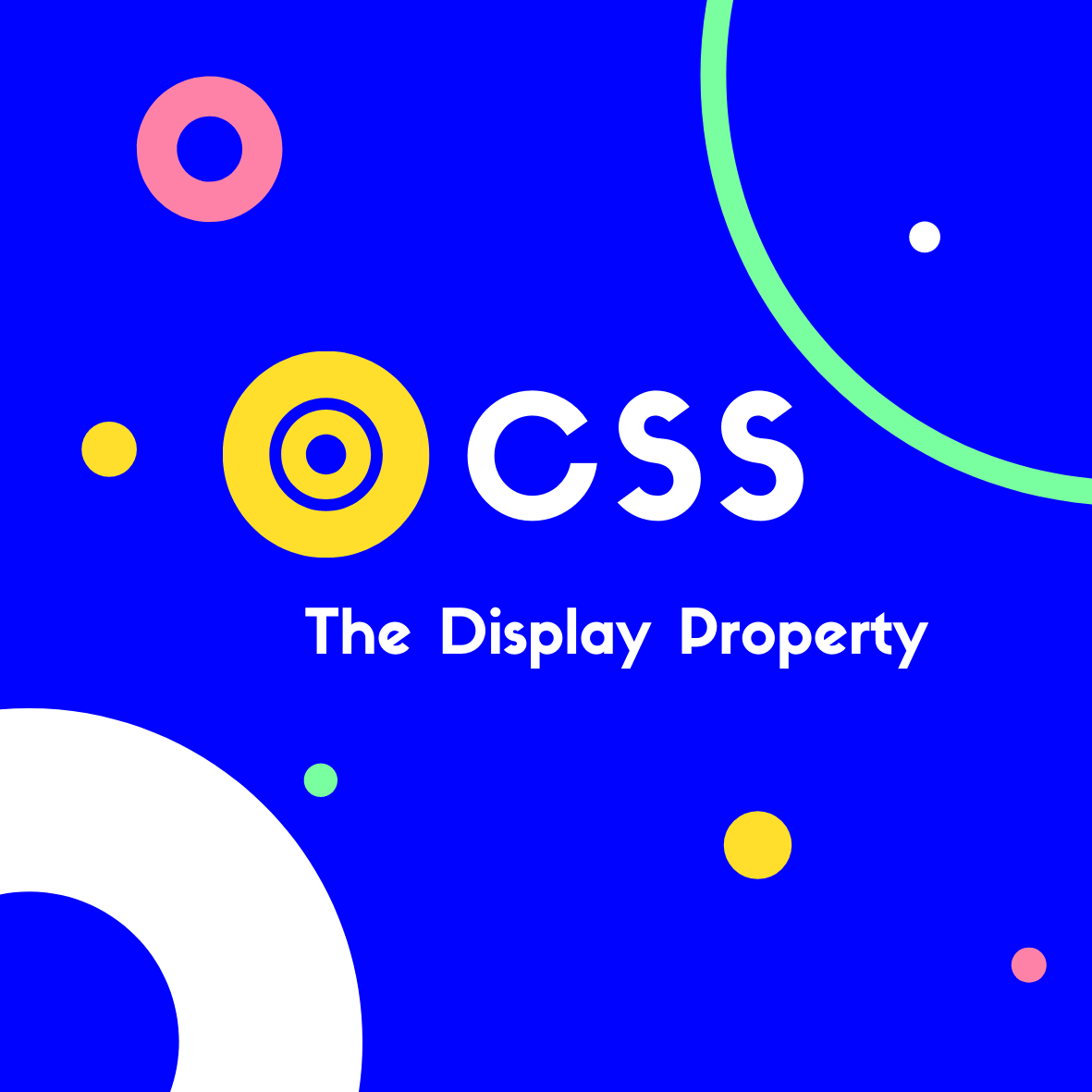 The display property is perhaps one of the most important properties in CSS.

Every element in an HTML document is treated as a box, and it’s the display property that determines how these boxes will be shown.

There are a large amount of values that can be used with this property. However, only some of them of commonly used, we’ll be focusing on these:

The inline value is the default for every element in CSS.

A neat way to visualize inline is to think of a paragraph containing some words in wrapped in bold <b> or <span> tags:

Here the <span> element has a blue border applied, and the flow of text isn’t broken. It sits inline with the text.

We can apply padding and margins to inline elements, however the surrounding elements will be pushed aside in a horizontal direction (not vertical). Also, height and width are ignored by inline elements.

Every HTML tag is displayed inline unless otherwise specified, with a few exceptions such as div, p and section, which are set as block.

An element with inline-block is very similar to inline, however the width and height are able to be applied as specified.

As mentioned, a number of elements are set to block by default. They are layout elements, such as <div>, <section>, and <ul>. Also text elements such as <p> and <h1>.

Block level elements are stacked one after each other in a vertical direction. By default each element takes up 100% of the page width.

If specified, the values assigned to the width and height as well as margin and padding are all adhered to.

The display property is also used when working with flexbox:

Check out the complete Flexbox guide to learn more about this method.

When using CSS Grid, we also set the display property:

Check out the complete CSS Grid guide to learn more about this method.

We use display: none to make an element disappear.

It’s still loaded in our HTML, just not rendered visible by the browser.

With the advent of modern layout methods such as flexbox & grid, the <table> HTML element is a bit of a relic.

However, we could use a number of display values to get non-table elements to behave like table elements, if we’re so inclined:

It’s not a common technique as it makes for messy markup, however it may have the odd use-case.