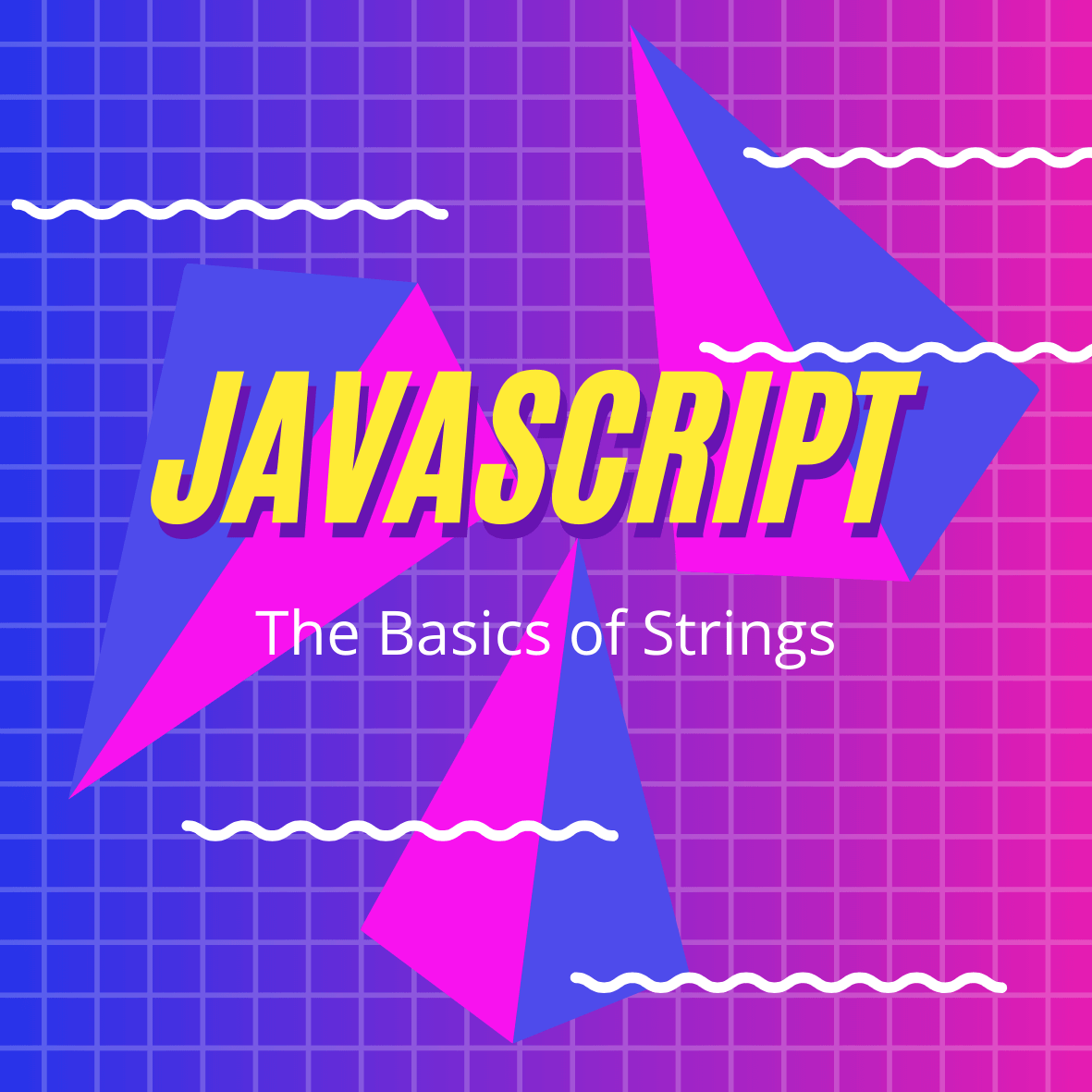 The Basics of JavaScript Strings

JavaScript strings are used for storing and manipulating text — they can consist of a sequence of letters, numbers and/or symbols. In this article, we’re going to first take a look at how we create strings, concatenate strings and we’ll see some fundamental syntax rules that apply to strings.

There are three ways to write a string — with single quotes ‘ ’, double quotes “ ” or back-ticks ` `. Let’s assign some strings to a myString variable with each technique:

There is no syntactic difference between single or double quotes, you’re free to go with your preference — however it’s a good idea to stay consistent within your projects! However, back-ticks (known as template literals), have a few super powers which we’ll be taking a look at later in the article.

And of course the reason we assign strings to variables, is so they’re much easier to work with & manipulate within our programs!

We use string concatenation to combine two or more strings together to form a new string. We combine our strings using the + operator.

Here we’ve combined two strings stored in separate variables into a new concat variable. However, you’ll notice we have no space between the names in our new variable as concatenation joins strings end to end. To add the space, use a pair of quotes ‘ ’ like so:

Now we have our desired output!

When we use template literals ` `, we no longer need to use the + operator to concatenate. We include expressions and variables within our strings using the ${} syntax . For example,

Knowing that quotes “ and apostrophes ‘ are interpreted by JavaScript to mark where a string begins & ends. How can we include them within a string? For example:

The additional apostrophe in ’G’day Barry!' is the problem. JavaScript thinks ‘G’ is the string and attempts to parse the rest as code, thus generating the error.

Using quotes within a string would cause the same error:

There are a number of ways we can avoid these errors…

Use the opposite quote style to enclose any quotes or apostrophes within your strings, such as:

Whilst this technique works just fine. It’s preferable to be more consistent within our code.

By using a backslash we can prevent JavaScript from interpreting a quote as the end of the string. The \ should go before any single or double quote:

If we enclose our string in template literals ``, our string will be valid and it’ll look much cleaner too:

We use either the newline character \n or carriage return \r, to break longer strings up over multiple lines:

This works fine but it’s quite messy. We could tidy it up by using some concatenation:

Or go for a gold star with template literals:

Back-ticks to the rescue! No escapes or concatenation required, the newlines are preserved and it looks much neater.

And that’s it! We’ve covered the basics of creating strings, string concatenation, and syntax rules. In the next one, we'll move on to manipulating strings with many of the common methods, such as formatting, finding, replacing, and converting values.