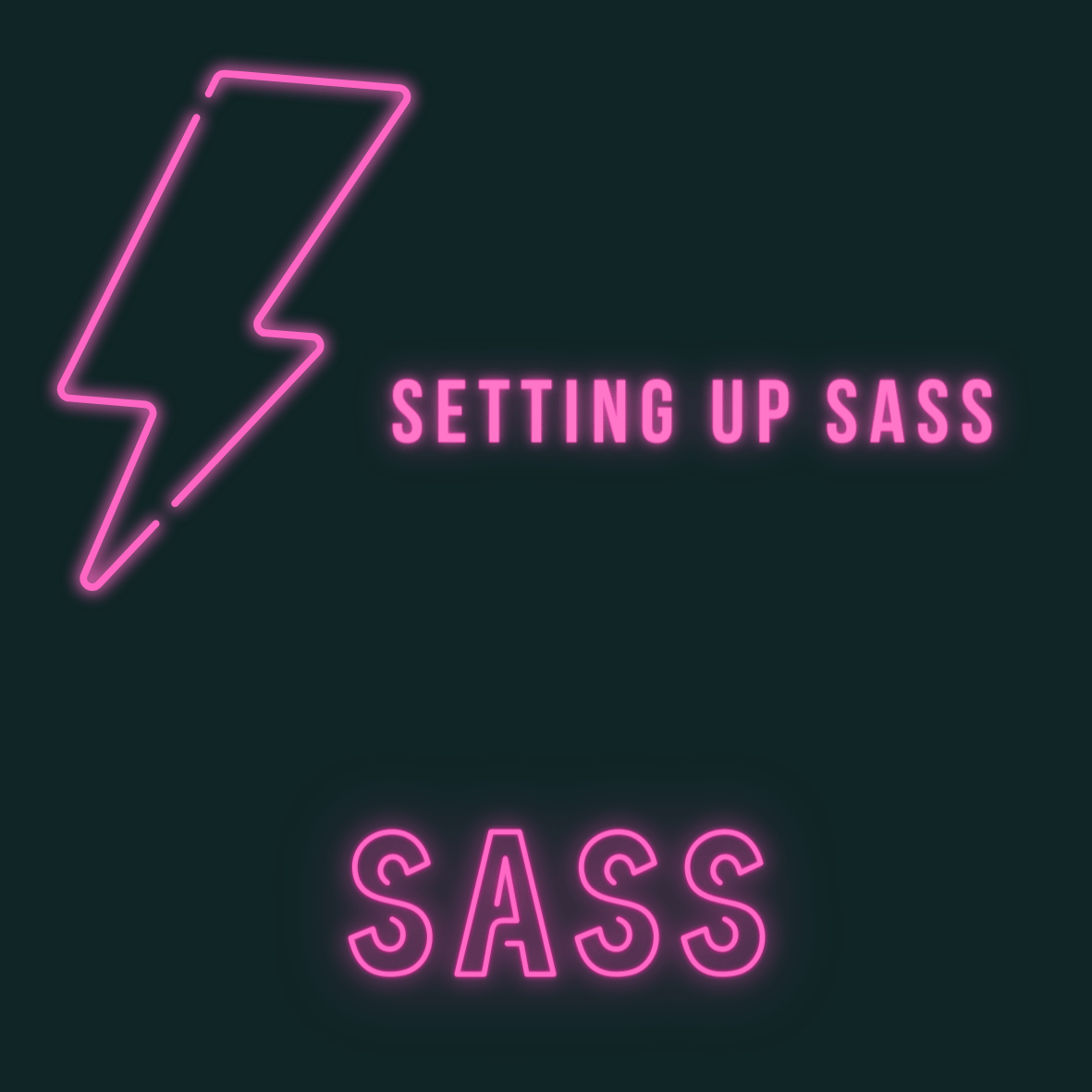 Before we can write Sass code, it needs to be installed locally. As by default, it’s not a language known to the browser.

Let’s now go through the process to setup the Sass environment! So we can then write then compile our own Sass code.

Note: When Sass is compiled, it is converted into regular CSS code that browsers can interpret and render.

Before we start, you must have npm installed on your computer, it comes bundled with Node.js; you can install it from here. Go ahead and install it if you haven’t already.

If you are unsure whether you have Node.js installed or not, run node -v from your terminal.

If you see a version number, it’s installed!

A note on terminal:

If you are new to SASS, chances are you may also be new to running commands from the terminal. It’s not as daunting as it might seem! And it’s a real time-saver once you gain more experience.

To open a terminal on a Windows PC, right-click the Windows Icon and select Windows Powershell, if you’re on a Mac go to Finder > Applications > Utilities > Terminal.

Let’s create our project folders! They will be structured like so:

To create this structure, open terminal and change to the folder you wish to install the sass project into (via the cd command).

Then run the following commands:

You will need an index.html and main.scss in this folder.

To create these files, run:

You’ll also need a default CSS stylesheet for the SASS to compile into:

Open up your index.html and paste in the following code:

This is just our boilerplate code with the stylesheet connected!

All projects that use npm need to be initialized. To do this, ensure you’re still in the sass-project folder and run the following command:

This will create a package.json file for our project. We’ll be learning more about the configuration of this file later in the course!

node-sass is the library which allows us to compile .scss to .css.

Run the following command to install node-sass as dev dependency.

Note: A dev dependency is only used in the build phase of our project. It’s not included at runtime.

Next, we need to create an npm script to run the compilation.

Add this script inside the script section of our previously created package.json file:

Don’t forget to separate each script with a comma!

We have here specified main.scss as our main Sass file and style.css as the compiled CSS file.

To compile our SASS code into CSS, all we need to do is run:

Let’s also add a live reload to our project! To do this run the following to install globally:

Now, make sure you’re still in the Sass project folder, and run:

And just like that, you’ve got a pretty neat dev environment with your project running locally on HTTP.

So we now have the project environment all set up on the local machine!